Join Butterflies of India as contributors and volunteers

Butterflies of India is 10 years old!

No. of unique visitors:

WHY A NATIONAL BUTTERFLY?

HOW WAS THE FINAL LIST OF SPECIES FOR THE NATIONAL BUTTERFLY POLL ARRIVED AT?

Prominent stalwarts in the field of butterfly biology and conservation across India came together on a single platform to derive the following criteria for selecting the National Butterfly:

Considering the above criteria, the Consortium arrived at a final list of about 50 butterfly species. From these, a scoring system was used in voting by all the Consortium members to shortlist the final seven species given below.

HOW CAN YOU CONTRIBUTE TO THIS LANDMARK EFFORT:

Kindly cast your vote on the poll page (http://tiny.cc/nationalbutterflypoll) to choose the National Butterfly, and share the link with your friends and family so that they can vote, too. Please vote only once.  The poll will start on 11th September and conclude on 8th October 2020, at the end of the Wildlife Week.

Thank you for supporting this worthwhile initiative.


THE CONTENDERS FOR THE NATIONAL BUTTERFLY 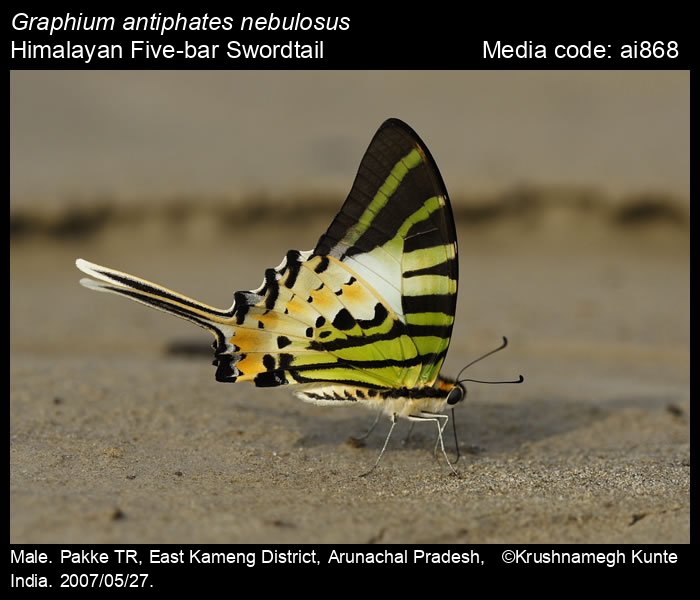 1. Five-bar Swordtail (Graphium antiphates): An elegant colour pattern and an extraordinarily long tail makes this butterfly unforgettable. It occurs in evergreen forests of the Western Ghats, the eastern Himalaya and NE India, which span three critically important biodiversity hotspots of India. Its dependence on evergreen forests and its highly seasonal nature make it a suitable candidate to highlight the need to conserve butterflies. 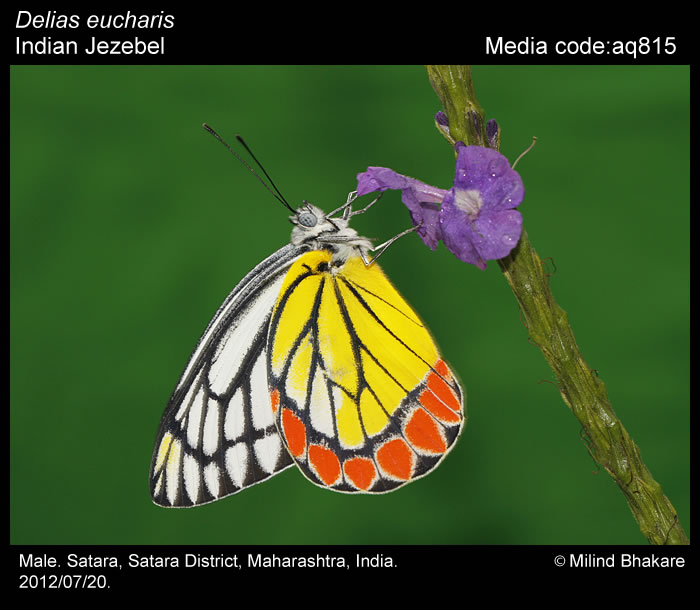 2. Indian Jezebel (Delias eucharis): A vibrantly patterned flying jewel, whose colour scheme is similar to haldi kumukum, which has considerable significance in Indian culture.   This bold pattern has evolved to show off its toxic nature, which protects it against many predators. It is widely distributed in India, frequenting gardens and other lightly wooded areas. 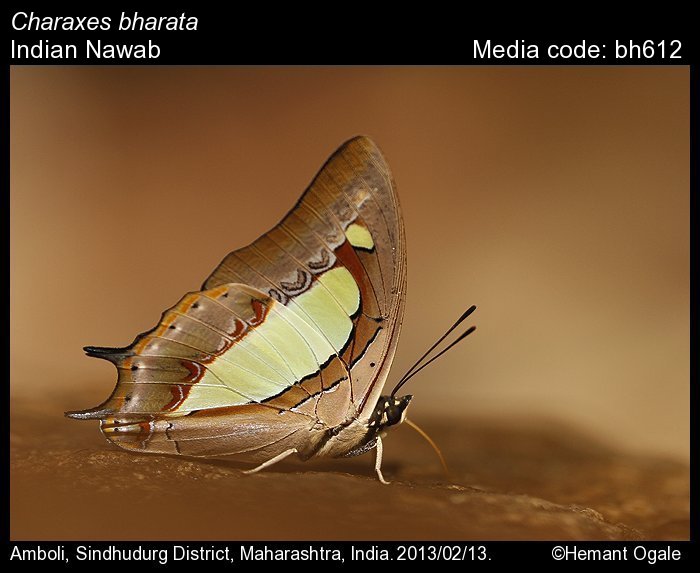 3. Indian Nawab (Charaxes bharata): The Indian Nawab is widely distributed in moist forests across the country, where people may easily see it. Its robust body, powerful, fast movements, intricately embellished underside of the wings, and a shield-like head of its caterpillar, reflect certain aspects of Indian royalty for which this group of butterflies is named. 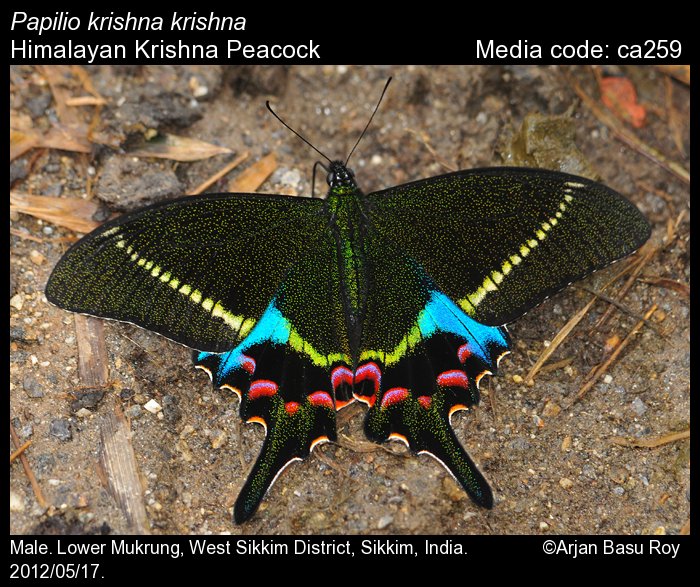 4. Krishna Peacock (Papilio krishna): One of the most beautiful, large and exceedingly charismatic swallowtail butterflies in the world. The species represents the Himalaya, its stronghold, acting as a flagship species for biodiversity and conservation in the face of climate change in this most critical biodiversity hotspot of India. The play of light on the special nanostructures on its hindwings produce the brilliant blue colour patch. Its name invokes among Indian people a deep cultural connection. 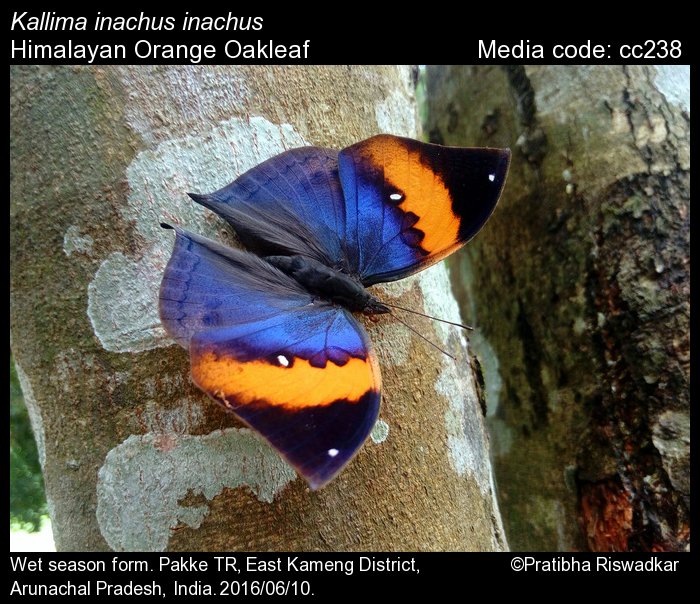 5. Orange Oakleaf (Kallima inachus): The Orange Oakleaf is a large, colorful butterfly with a beautiful deep blue sheen and a striking orange band on the upper side of its wings, making it immediately recognizable. However, its underside superbly resembles a dried leaf, helping it masquerade like one to escape predators in the moist forests of central, northern and northeastern India where it occurs. 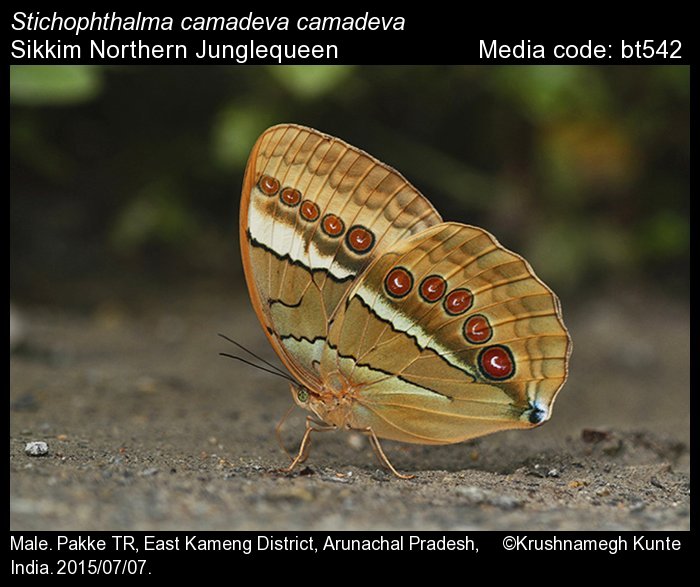 6. Northern Junglequeen (Stichophthalma camadeva): An extraordinarily large size, beautiful cerulean-blue upper side and striking red eyespots on its underside make this one of the most attractive butterflies in India. Being powerful, it holds its own against small predators. Although normally conspicuous, it can blend among the forest when it rests with wings folded on its back. Some of the traditional weaving patterns of Mishmi communities in Arunachal Pradesh, where it occurs widely, are inspired by the wing patterns of this butterfly. 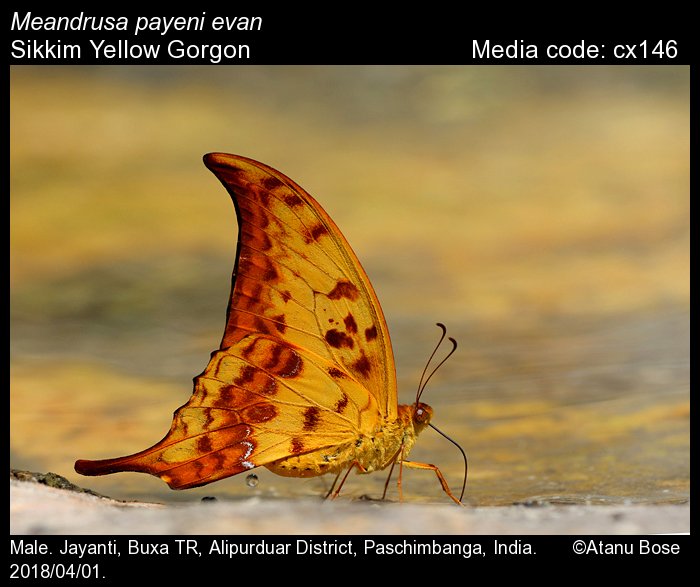 7. Yellow Gorgon (Meandrusa payeni): The strangely angled wings, large size and bright yellow colouration of its underside make this an instantly recognizable butterfly. It has a powerful flight and a habit of rapidly flying up and down hill slopes and forest streams of the eastern Himalaya and NE India, which is an awe-inspiring sight to behold in nature.

Cite this page along with its URL as: